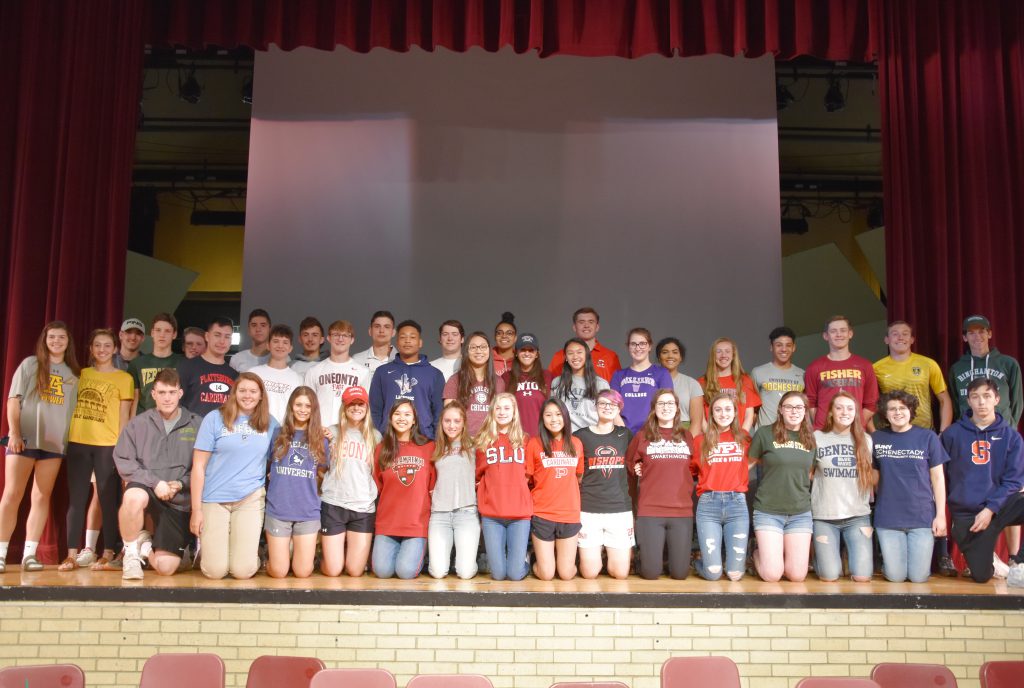 They have honed their skills on Niskayuna’s playing fields, courts, track and pool, at the bowling alley and on the river. And next year, they will compete at the next level – intercollegiate athletics – while continuing their work in the classroom.

On Wednesday, May 22, the Warrior Project recognized members of the Class of 2019 who will participate in college athletics at any level next year – all 56 of them! This represents 15 percent of the graduating class. The Warrior Project is a club made up of student-athletes that promotes a healthy lifestyle and school spirit.

In welcoming family members, coaches and other guests to the event at the high school, Principal John Rickert noted that the district traditionally holds signing ceremonies for student-athletes who will play at the Division I level. However, he said the Warrior Project approached him this year about expanding the recognition, which resulted in the May 22 event.

Students who will participate in Division II and III athletics next year were introduced, with their college logo displayed in the background. After signing a ceremonial letter of intent, they were joined by the students who signed Division I letters earlier this year on the auditorium stage for a whole group photo (above).

Congratulations to the following: