Juliette Pennyman was appointed the interim superintendent of schools in September 2021 and began in the role in October 2021. Dr. Pennyman has extensive district-level leadership experience in both New York and Pennsylvania. Most recently she was the assistant superintendent of the 4,000-student Woodland Hills School District in western Pennsylvania. Over the last decade she has served as an educational leader in Philadelphia, Reading, Pa., and Rochester, N.Y., where she was the chief of schools from 2012 to 2014. Similar to a superintendent, the chief of schools role involves overseeing all schools and programs PreK-12, including curriculum, instruction, operations and finance.

Dr. Pennyman earned her doctorate in education from the University of Pennsylvania. Her experience in schools has included a focus on equity and diversity, fiscal policy, social-emotional learning and coalition building. 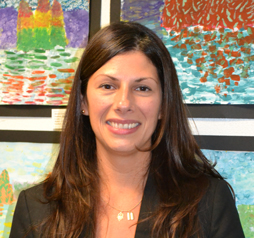 Marie Digirolamo became the assistant superintendent for instruction in July 2019. Prior to that she served as the district’s director of world language, social studies and English as a new language.

Digirolamo came to Niskayuna in 2014 as the director of the World Language and English as a New Language departments. A year later, she also began leading the Social Studies Department. Prior to joining district, she was principal of Taconic Hills Jr./Sr. High School. She began her career as a foreign language teacher, has taught at all academic levels, and has worked in the Albany, Cohoes, North Colonie and Stillwater school districts.

Digrolamo has a bachelor’s degree in French and anthropology, and a master’s in education and French from the University at Albany.

In Niskayuna, Digirolamo has led teams of teachers from both the Social Studies and World Language departments through the year-long program review process, which is a key driver in the district’s vision for the future. She is a member of the Leadership Team’s planning group, which has coordinated initiatives and training focused on equity, diversity and trauma-informed schools. 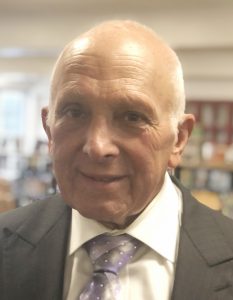 Joseph Natale joined the district as the interim director of business and finance in October 2021. Dr. Natale’s career in education began in the Greater Amsterdam School District in the late 1960s and has included serving as a superintendent in Warwick Central Schools (N.Y.) for 18 years until 2006. In the last decade has served as an interim superintendent and interim school business leader in several area districts including Voorheesville, Berne-Knox-Westerlo, Ravena-Coeymans-Selkirk, and, most recently, Oppenheim-Ephratah-St. Johnsville.

Latisha J. Barnett became the district’s Chief Equity Officer in July 2019. She came to the district from Skidmore College, where she has served as the director of student diversity programs since 2016. She also worked as the director of student life and the assistant director of multicultural affairs at The College of Saint Rose. She has a master’s in education from The College of St. Rose and a bachelor’s degree in sociology from SUNY Fredonia. Latisha’s role involves working collaboratively with stakeholders to implement best practices related to diversity, equity and inclusion, including in the areas of professional development and staff recruitment and retention. She is valuable resource for students, families and staff in this area that is an important part of our strategic plan.